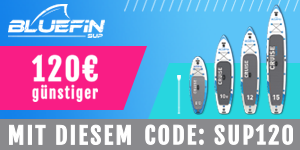 The Stand Up Paddle Athletes Association was formed to grow the sport of SUP while representing the interests of athletes, race officials, sponsors and industry personnel. We can go into the many positive initiatives we have started and are planning regarding SUP racing safety, access, participation and international standardization, however, right now there is something more pressing on our minds.

Prize money payment, or rather the lack of prize money payment, is a big problem in the world of SUP racing right now, though you might not know it. Despite dozens of SUP athletes not getting paid on time or not getting paid at all, the issue is often kept under wraps “for the good of the sport.” Rarely do you publicly hear more than a whisper from the athletes, as many times they do not want to complain or show negativity around our sport.

This is a sensitive topic but also a big problem, so we feel it’s time to shed some light on the issue in the hopes we can help put an end to the issue and help grow the sport in a positive manner.

So what exactly is the problem?

For the good of the sport, this has to stop.

Prize money must be paid on time and as advertised. The Stand Up Paddle Athletes Association wants to help set a standard for paying athletes in a full and timely manner, so our sport can continue to grow in a healthy way.

While we commend the vast majority of race organizers who do a great job and pay out on time and in full, there are still far too many examples of athletes losing out despite winning the race. This is not an isolated incident and SUPAA believes there should be strict rules in place for the payment of prize money, so we can put an end to this problem.
A Look At One Athlete’s Struggle With Prize Money Issues

Jake Jensen is a 19-year old stand up paddler from Gold Coast, Australia. He is a very strong paddler that has won several big races and recently finished top ten at the Battle of the Paddle.

To pursue his dream of becoming the best paddler in the world, Jake recently quit his job as a lifeguard to focus completely on paddling. He now trains 2-3 times a day and is busy preparing his 2014 race schedule and looking to buy several international plane tickets to events. There are not a lot of opportunities for personal sponsorship in the sport, so athletes like Jake rely heavily on prize money to pay for travel and continue pursuing their goals of becoming a top athlete.

Part of the motivation for quitting his job and going “full time” was that Jake had won over $10,000 in prize money in the second half of 2013, which he figured would pay for a lot of his travel costs in the first half of 2014. However we’re now into February and the 19 year-old has still not seen a single cent of that money yet, despite winning some of these events as far back as September 2013.

Jake is currently owed $7,000 from the Stand Up World Series (where he placed 2nd at Huntington event in September and 1st at Turtle Bay in October), plus another $4,000 from the Paddle Royal event in December.

And he’s not alone.

There are many examples of paddlers being owed money for months and months (in extreme cases, sometimes even years). The reason is almost always the same: A race organizer overextends themselves and gets too ambitious with the advertised prize money, only to realize there is not enough money left at the end of the event.
Why is the money not being paid?

We feel it’s important to shed light on what’s happening behind the scenes, in order to make the SUP racing world more accountable and focus on growing the sport.

The Stand Up World Series has continually failed to pay athletes within any reasonable time frame and has continually broken promises about when the prize money will actually be paid.

In addition to late payments, prize money has sometimes even been changed right before (and even after) Stand Up World Series events. Never to a higher amount, always to a lower amount.

Jake Jensen is just one of many athletes that have been continually given the false promise of a timely and full payment from Stand Up World Series events.

There is no excuse for this to go on and we are hoping the issue is resolved soon.

In the case of Paddle Royal, the organizers offered $26,000 in prize money, however, that has not been paid at all (to any of the paddlers) because the main sponsor pulled out three weeks before the event. While this is an unfortunate circumstance, it does not change the fact that paddlers took their time and money to attend the race. The race director has been mostly transparent during the entire process, at first telling athletes that all prize money checks would be post dated 60 days. However, we’ve now passed that 60 day mark the prize money is still not available. The event has a great history of paying athletes on time and in full so we are confident the issue will be resolved soon.

Let us be clear, the majority of stand up paddle race organizers pay in full and on time. They do a great job.

So what’s the solution?

SUPAA is trying to affect positive change in many areas of the sport. Ethical payment of athletes is an important part of continuing to build a healthy and sustainable sport.

We all paddle because we love paddling, not because we want to get rich. We race for the competition, camaraderie, to push our limits and many other reasons. Beginner and sponsored athletes train hard to perform at their best and sometimes travel around the world to compete. However, for race organizers and sponsors to condone non-payment and underpayment should not be accepted in stand up paddling.

The 2014 SUPAA Rulebook states that, athletes must be paid at the event (if by check or cash), or within 7 days of completion (if by bank transfer). If these rules are broken then the event organizer will be notified and an official press release from SUPAA will go out explaining the circumstances.

SUPAA is not endorsing events in 2014, but we will still hold ALL events accountable to these specifications in an effort to improve the standard of excellence at stand up paddle races and grow the sport in a healthy way.

We also believe that in order to have a successful race for everyone involved:

– If prize money is offered at a race, the total amount should be clearly advertised three months before the race, including total prize purse amount and breakdown for each position in both the men’s and women’s races. These amounts should not be lowered once they have already been announced.

– Race organizers should not advertise prize money amounts based on how many paid competitors they expect. This leads to issues if a race gets a lower turnout than what was hoped.

– Race organizers should not advertise prize money based on potential sponsorship revenue, or revenue that is going to come in several months after the event has completed.

– Prize money should be based on how much money a race has in the bank or on hand when the race happens.

Again, we commend the majority of race organizers who do the right thing and pay athletes on time and in full.

We wish this article did not have to be written, however, this problem seems to be growing and too many races are leaving a bad impression on paddlers without anyone holding them accountable.

There are always reasons “why” but at the end of the day we do not believe the paddlers and the sport of stand up paddling should bear the fallout from bad race management.

Let’s put an end to this problem and work together to make a great future for the sport we all love.