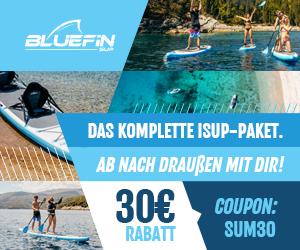 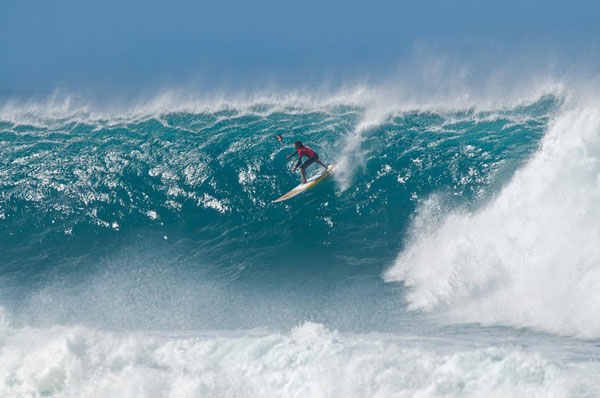 Since 2010, the Stand Up World Tour has kicked off with a bang on Oahu’s fabled North Shore at Sunset Beach, for stop 1 of this dynamic World Championship Tour. Steeped in tradition, this iconic beach on Oahu’s 7 mile miracle has provided the world with some of the most dramatic action that the sport of Stand up Paddling has ever seen, with high surf advisories filling the holding period each and every year.

2014 will be no different, as the Sunset Beach Pro celebrates its 5th Anniversary and the world’s best return to Hawaii for one of the most dynamic showdowns of the year: 3x World Champion and Sunset Beach Pro winner Kai Lenny (Naish) will be looking to defend his Title here at Sunset, but will be up against the most daunting international field yet on the Stand Up World Tour, coupled with the intense and immense pool of local talent here in the islands. 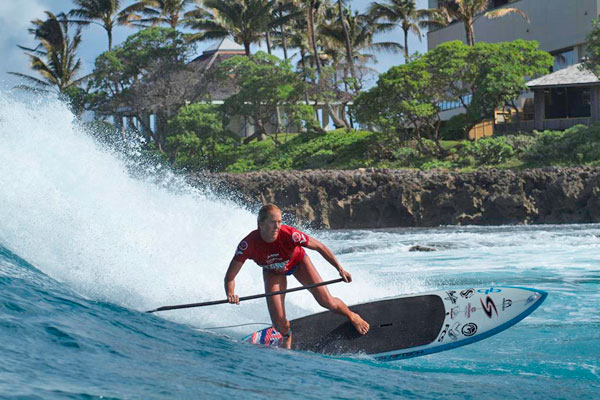 Running in conjunction with the Sunset Beach Pro during the same holding period is the 2nd Annual Turtle Bay Women’s Pro. Taking place at ‘Pool Bars’ right in front of Turtle Bay Resort, this World Tour Opener for the Women will once again provide a dramatic start to what will be an amazing season for the Women’s Stand up World Tour.

In 2013, we saw Nicole Pacelli take the ratings lead early right here at Turtle Bay and go onto win the first ever Women’s World Championship Title. However, she will have her work cut out in 2014, as the World’s best will once again congregate at Turtle Bay to do battle, and as we saw in 2013, the field is both international and intensely competitive.

From the young winner of the last 2 events in 2013, Izzy Gomez (Starboard), to Candice Appleby, Vanina Walsh (Starboard) and of course Aline Adisaka from Brazil, this year’s Turtle Bay Pro will be one to remember.

As we have seen the level in the sport go through the roof over the last 4 years, the youth have set the bar for performance Stand up Paddling and the Na Kama Kai Youth Challenge has been a catalyst and an ideal platform for up and coming U16 athletes to compete and showcase their ability.

Young stars to have passed through this over the past few years include Mo Freitas (Focus SUP / Body Glove) from right here on the North Shore, Benoit Carpentier (Starboard) from France and Poenaiki Raioha (Naish) from Tahiti, as all 3 are now dominant forces on the Stand up World Tour.

In line with Founder Duane DeSoto’s mission, in 2014 we will be further developing this youth platform on a global scale, starting with the World Tour Opener here in Hawaii and its Na Kama Kai Youth Challenge held at Turtle Bay.